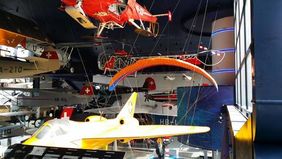 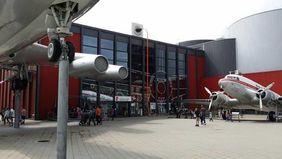 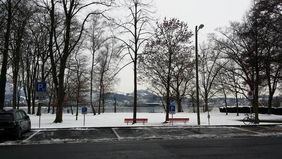 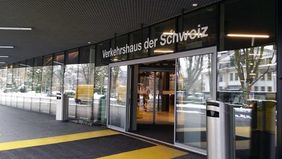 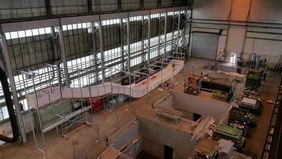 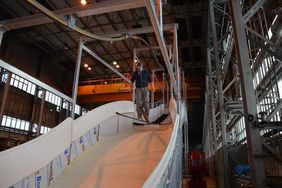 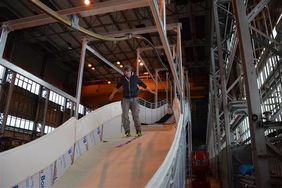 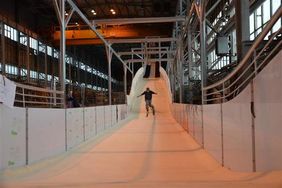 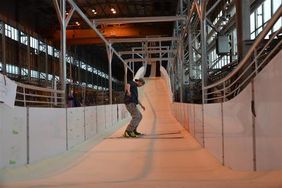 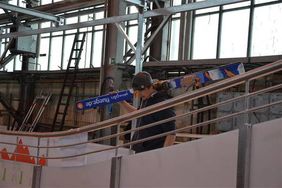 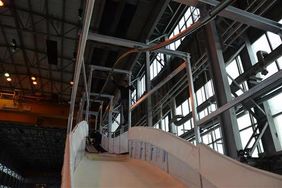 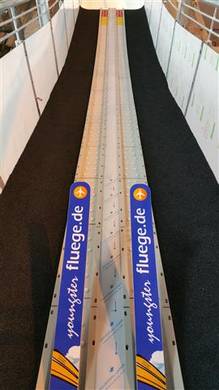 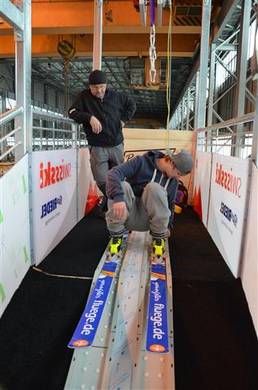 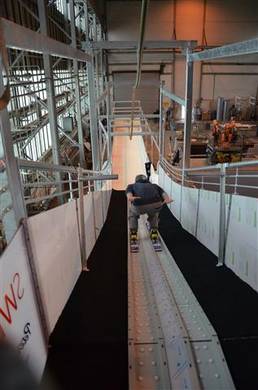 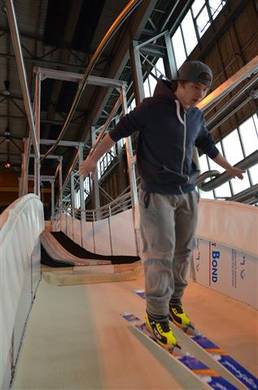 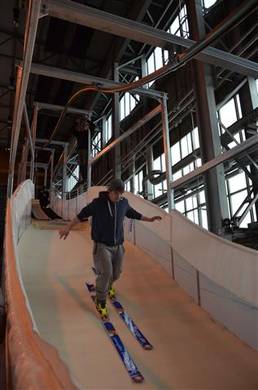 LUZERN – The Swiss Museum of Transport Luzern offers an unchallenged museum experience where visitors can experience „touchable“ exhibitions. The concept is quite easy: spread in different halls, guest can learn about the different means of transport. In the aviation hall operates under the slogan “Cleared for takeoff!” visitors will be able to experience a new highlight starting from April 20th 2015. The world’s first permanently installed indoor ski jump will open its track in Luzern.
Together with Swiss Ski and the Swiss Museum of Transport Luzern, the Peter Riedel GmbH developed the plans for this incredible project. The so-called “K8” will find its home in the aviation hall of the museum – directly underneath helicopters, space- and aircrafts.

With that, fans of the heavens will be able to experience ski jumping from the perspective of the jumper starting from April 2015. Hooked in cable guides even laymen will be able to sample the ski jump and the feeling of flying. Young jumpers on the other hand will be able to use the hill as an additional training facility year-around. „I’m honored and happy to have found strong partners in Swiss Ski and the Swiss Museum of Transport, who support such an unique and innovative project. With that ski jump we do allow visitors to experience ski-jumping on a small scale but in a profile-accurate way. That part of the museum will really become a hall ‘cleared for takeoff’”, says general manager Peter Riedel.

Starting at the beginning of March, the jump will be assembled in a spacious storehouse in Saxony, before it will be dismantled again on April 2nd in order to travel directly to Lake Luzern in Switzerland. For the opening ceremony on April 20th, Switzerland’s sports minister Ueli Maurer has announced his presence.