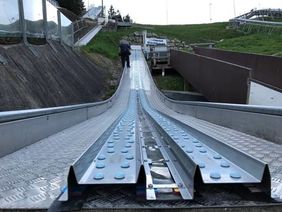 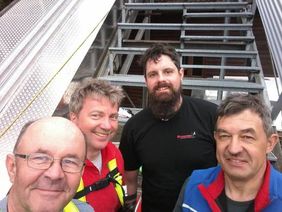 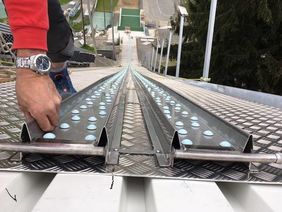 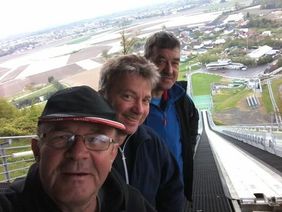 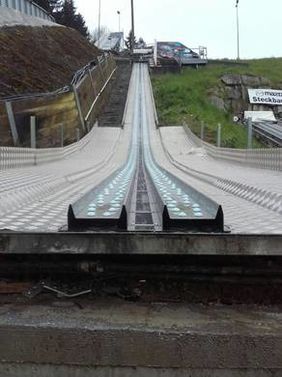 HINZENBACH - With today's Friday the new ski jumps were completed in Hinzenbach, Austria. After the Peter Riedel GmbH equipped the HS94 in 2010, this year the three other ski jumps of the site (HS12, HS20 and HS40) followed. With the installation of the new generation of the club track over the last two weeks, Hinzenbach is thus the first ski jumping location which is fully equipped with systems from Peter Riedel GmbH.

While a large number of international competitions - such as the Ski Jumping Summer Grand Prix or the Women's Ski Jumping World Cup - took place on the HS94, the smaller ski jumps will be used primarily for the clubs youth work as well as national and international junior competitions. "We are delighted to have been trusted with this project by the organizers from Hinzenbach," says Peter Riedel, who is already in the middle of the preparations for the next complete location: "After the reconstruction in Hinzenbach, we are going to take Berchtesgaden next to equip all their jumps with our patented system."

For the company, both projects are not just everyday jobs, but above all an important step in the promotion of the next ski jumping generation. "Both Hinzenbach and Berchtesgaden are organizers of the Children’s Four Hill Tournament, which is supported by us as the main sponsor. It is only fair for the youth, to expect - like the big ones - first-class conditions in their competitions!”, says Riedel.