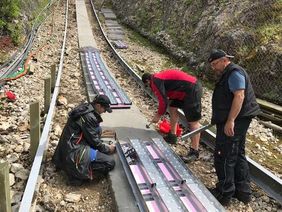 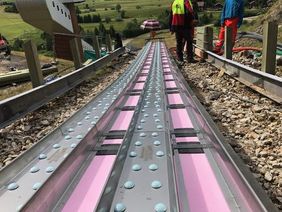 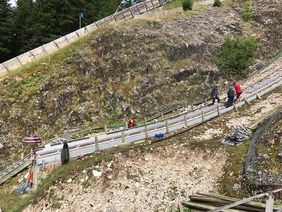 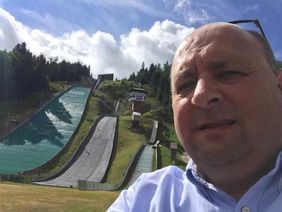 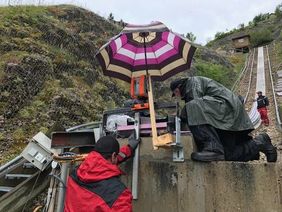 BERCHTESGADEN - In the last three days, the team of the Peter Riedel GmbH has finalized the installation of the Club Track systems at the K18 and K27 ski jumps in the Bavarian town of Berchtesgaden. After mounting the in-run track last year on the K70 and the K8, Berchtesgaden is thus the second ski jumping site after Hinzenbach (AUT), which is completely equipped with tracks manufactured by the Peter Riedel GmbH. Already from tomorrow the youth can start training on the new  in-run track - which is based on the patented model of the Riedel world cup tracks. The big highlight, however, is the final of the Children's Four Hill Tournament in September. Finally, jumping like the big idols is now possible on all hills in Berchtesgaden!