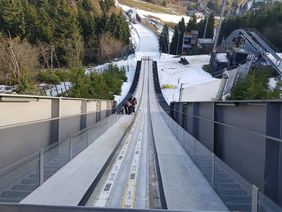 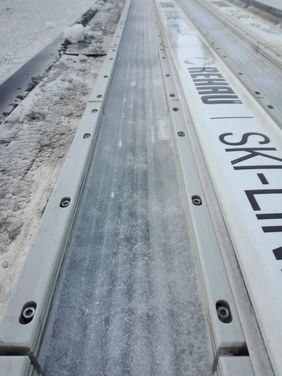 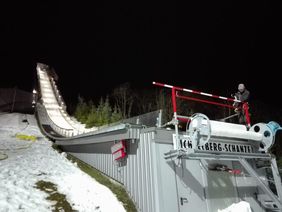 This weekend the second international competition of the still young season at the Fichtelbergschanze will take place. The Fichtelberg jumping hill will put to the test a second time, you cannot imagine what was necessary to set the inrun ready at the beginning of the season!

Let me just go back to the old year: Shortly before the FIS Cup, which took place on the last weekend before Christmas, my phone rang. It was the Mayor of Oberwiesenthal, the track cooling does not work - and that only a few days before the FIS Cup! In a season in which the Junior World Championships take place in Oberwiesenthal, such incidents are of course not very welcome. When the mayor of my home town calls, it's a matter of honor to leave everything behind and come running! On site our team was more or less surprised. Nothing matched, and since after four years of inactivity, a lot of things weren't considered while turning on the cooling system. We immediately put all the levers in motion to get the system going and to save the FIS Cup. We had four days to get started - and it took three until everything went as it should.

After the Garmisch "wasp nest", this was the second incident of the season that we successfully mastered. And we hope that it was the last! We wish the organizers and the participants all the best for the Continental Cup next weekend in Oberwiesenthal!