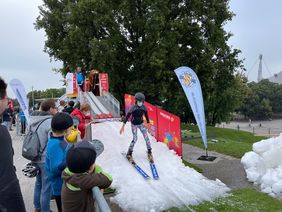 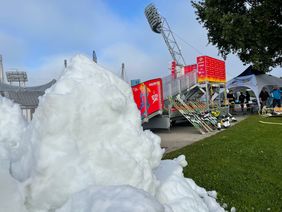 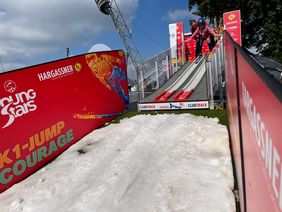 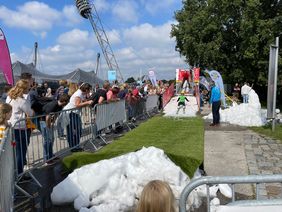 Last weekend, the Outdoor Sports Festival set up its tents in Munich's Olympic Park for the fifth time. After a corona-forced break of two years, numerous sport clubs, associations and organizations again offered visitors a unique range of sports to try out and participate!

When the “who's who” of the sports world meets in Munich, Peter Riedel Sports Technology is also there. With the newly developed mobile K1 hill, a touch of ski jumping was brought to the visitors. Sports enthusiasts could try themselves as ski jumpers at the mobile jump. And that even with a landing made of snow in the middle of September! This was made possible by the nearby ice rink, from which the snow was specially taken. The festival had a total of over 12,000 visitors and we are proud to have been a part of it! A big THANK YOU goes to the Austrian Ski Federation, which delivered the K1 mobile jump for this festival!