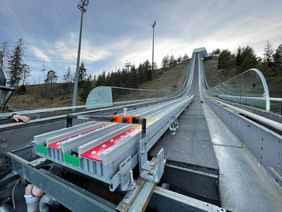 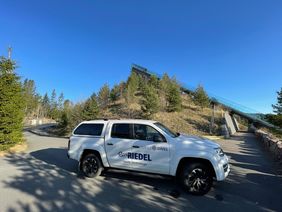 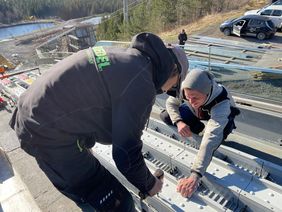 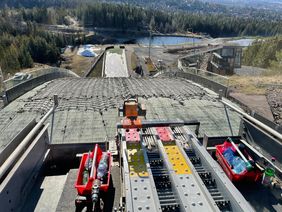 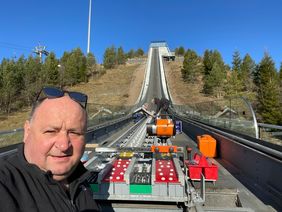 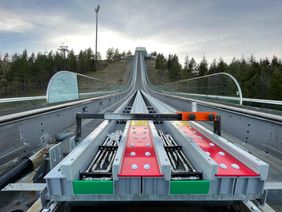 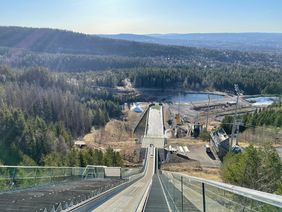 New life is being breathed into the old inrun track from Trondheim! For the first time in the history of Peter Riedel GmbH, a Mastertrack inrun will be dismantled, renewed and reused. That’s lived sustainability!

Brief review: For the World Championships 2025 in Trondheim, the Granasen Ski Center is currently undergoing a makeover including the new construction of the jumping hills. But the fact that the old inrun is still working, a disposal of the old track never was an issue for the environmentally conscious Norwegians! Norways sustainable way of thinking brought the brilliant idea of ​​reselling the track. Their offer met with the needs of Oslo Municipality, which was also looking for a inrun track for the jumping hill on Midtstuen Bakken. The track modules were still in really good condition, so nothing stood in the way for "Re-Use" instead of "Recycle"!

Last autumn, after being dismantled in Trondheim, the track was brought to our company base in Raschau, where it was cleaned, overhauled and damaged parts replaced. As early as October, the track parts should be on their way to Norway again, to be brought to their new destination 500 kilometers south at Midtstubakken in Oslo. However, an early winter start with heavy snowfall crossed our plans - the next attempt should be made this spring after the snowmelt.

At the beginning of this week it was time! As quickly as winter came last year, summer sent its first signals to the Norwegian capital in April - Oslo greeted us with 20 degrees and ideal weather, so everything is ready for our "inrun transfer"!

The track modules were already delivered last autumn, so now it was up to us to place the track moduls professionally on the substructure. Taking the right measurements, levelling, positioning with millimeter precision and attaching are the most important things to ensure that the track works properly in the daily use. In the future, Continental Cup competitions and other international competitions at top level should be held at Midtstuen Bakken.

"The work is progressing extremely smooth, if everything goes according to plan we will finished by the beginning of May," says Peter Riedel, giving an initial construction site report.

The qualified engineer also emphasizes the importance of sustainability in his company. “The issue of sustainability is very important to us. The re-use of an old, but still very well-preserved track absolutely meets the spirit of the times. Such a project is sustainability in practice, because good quality does not have to be thrown away, it can and should be reused,” enthuses CEO Peter Riedel about the idea and is already considering further sustainability projects.