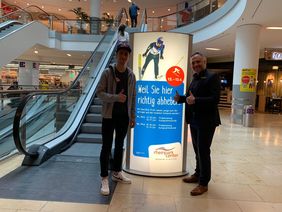 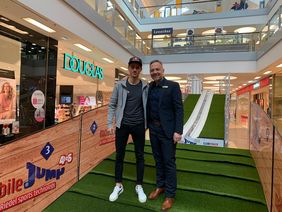 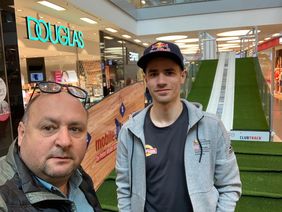 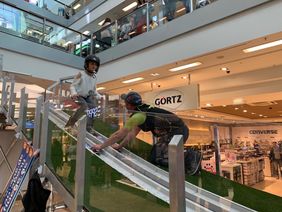 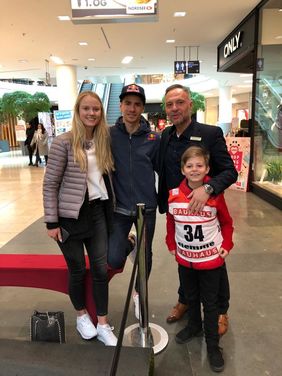 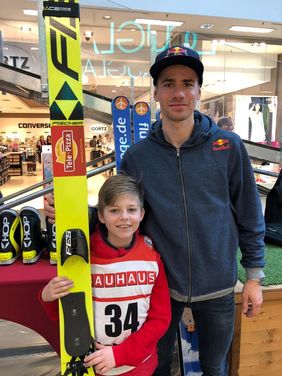 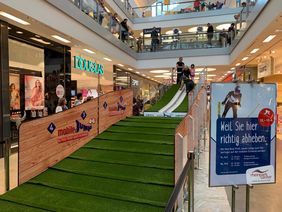 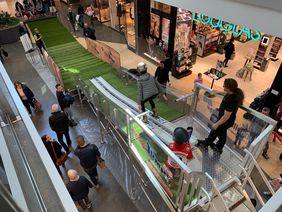 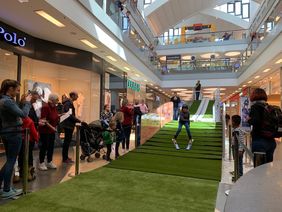 An unfamiliar picture offered the viewers last weekend in Rheinparkcenter in Neuss. On the ground floor of the shopping center, the winter season was revived with a ski jumping event. In the middle of the shopping center, the company Peter Riedel Sports Technology set up the newly developed "mobile K4to6 Jump", a mobile ski jumping hill on which every-man and woman could compete in ski jumping. Expanses between 4 and 5 meters let the adrenaline rush up with some visitors and rounded off the shopping day perfectly. The designer of the hill, Peter Riedel, counted no fewer than 750 jumps on the weekend: "It was two absolutely brilliant days, the kids and the visitors really enjoyed it, some of them were not able to get away from the hill. And there were a few real talents, "he was tired after the weekend, but visibly satisfied.

Initiator and Rheinpark center manager Tassos Meliopoulos sounded the same horn: "Such actions as ski jumping on the mobile K4to6 ski jump are extremely important for us as a shopping mall to attract new customers and provide our visitors with added value and a shopping experience. That's why we do up to 12 such actions a year. Ski jumping is undoubtedly one of the most spectacular. The response was tremendous, it was great fun for both the small and the big visitors. "

Prominent visit was also provided on the weekend. DSV Combiner Jakob Lange took two days to introduce himself to the art of ski jumping. Several jumps, selfies and autographs later, he was also impressed by the action. "It's great fun to try out ski jumping here in a small and unfamiliar environment, but at the same time it was really demanding. I am happy that I have been able to bring ski jumping a bit closer to the children here and to show that many of them have never been on skis before. The action was a really great impulse for the sport and the youngsters, "said the Junior World Champion in nordic combined.